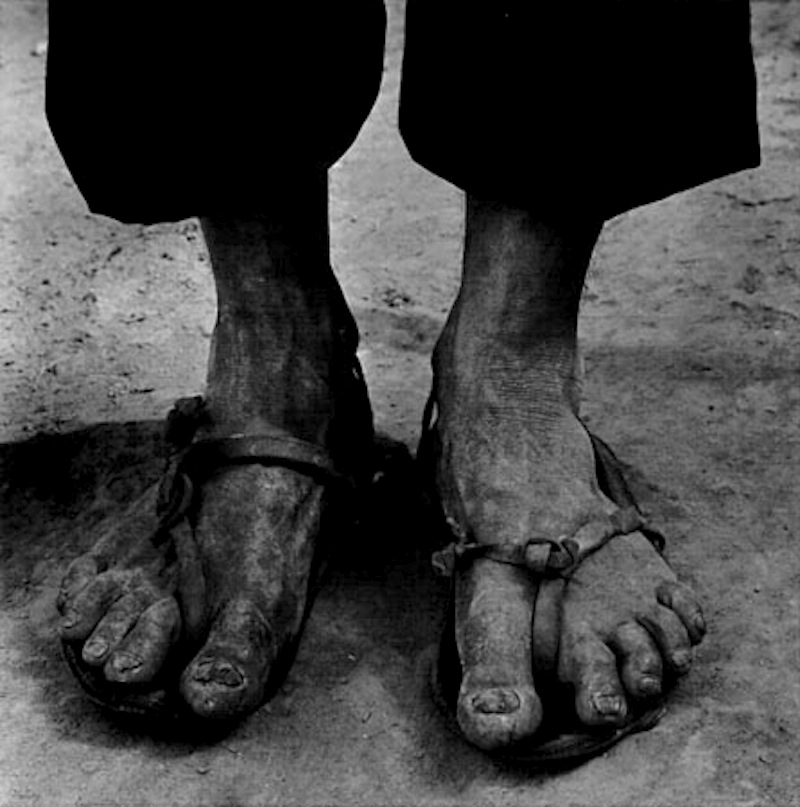 I recently began a series on the five-fold ministry. If you would like to read the introduction to these articles, click here. The goal of this series is to provide a reference point for introducing discussion and deeper study into the identity, goal, and function of the ministry gifts described in Ephesians 4: 7-13.

Our look at the apostolic ministry begins in John 2. The chapter begins with the wedding at Cana, and follows with John’s account of Jesus cleansing the Temple. There is a progression in this chapter that I believe follows Jesus’ model for apostolic ministry. At the wedding, Jesus ministers with a sign that manifested His glory. By turning the water into wine, the wedding guests literally tasted the power of God. As we continue through the chapter, I believe it is no mistake that John writes of the cleansing of the temple immediately following his account of the wedding. Through the second event, Jesus reveals His zealous love for the Father’s house while declaring the coming glory of His resurrection. Once Jesus was raised from the dead, the disciples took notice of this, and as a result they believed the words of Jesus.

We see how this follows Jesus’ model for apostolic ministry because the supernatural aspect of apostolic ministry declares with power and evidence, “Taste and see that the Lord is good.” Only in the context of God’s goodness can we rightly understand His severity, His zeal, and His glory. It is the goal of the apostle to provide a foundation for understanding these realities, so that our fellowship with Christ is not lacking in regards to His intimate nearness and His power to be revered.

The heart of the apostolic ministry is rooted in the tenderness and severity of God. During His first advent, Jesus came as a meek and lowly servant. His testimony is steadfast, and in kindness and mercy our Lord bore the weight of mankind’s sin upon the cross. We witnessed the glory of God in the frame of a man. Jesus’ life demonstrated signs that glorified His Father in heaven, opening the eyes of sinners and directing those eyes toward the Kingdom of God. As Isaiah prophesied, we beheld the One called ‘Wonderful’ (Isaiah 9:6), tasting the wine of His fellowship and the bread of His faithfulness (John 2:9; John 6:10-12).

During times in Jesus’ ministry, we saw the severity of God on display. In the Temple, Jesus tossed the money-changer’s tables and made a whip to drive out the livestock. In doing so, He displayed God’s jealousy for His tabernacle. Even in His severity, the Lord revealed that He desires mercy, not sacrifice (Matthew 9:12-14).  Nevertheless, during His first advent Jesus primarily displayed the favor of the Lord, and it was to this end He ministered as a faithful witness.

So He came to Nazareth, where He had been brought up. And as His custom was, He went into the synagogue on the Sabbath day, and stood up to read. And He was handed the book of the prophet Isaiah. And when He had opened the book, He found the place where it was written:

“The Spirit of the Lord is upon Me,
Because He has anointed Me
To preach the gospel to the poor;
He has sent Me to heal the brokenhearted,
To proclaim liberty to the captives
And recovery of sight to the blind,
To set at liberty those who are oppressed;
To proclaim the acceptable year of the Lord.” -Luke 4:6-19 (NKJV)

In displaying God’s favor, the Lord Jesus Christ tore down the dividing wall of sin by shedding His blood, making a way for us to enter into the blessings and salvation of God (Ephesians 2:14-22). Throughout His earthly ministry, Jesus fulfilled Isaiah’s prophecy, preaching the good news of the Father’s Kingdom while also demonstrating the greatness of God’s works. Upon His death on the cross, Jesus finished this work by bearing upon Himself the sins of the world, extending forgiveness, healing, and revealing the path of salvation.

What we know of the verse in Luke 4, is that it is a reference to Isaiah 61, and also that Jesus stopped short of one particular phrase in the prophecy, “The day of vengeance of our God.” Jesus’ first advent was to provide a way for mankind to become acceptable in God’s sight. In meekness and justice He did so. Jesus’ second advent will begin the work of God’s vengeance upon the deeds of Satan, the deliverance of the oppressed in Christ, and the marriage of Jesus and the Church. This is evidenced by His resurrection and ascension into heaven, where two witnesses declared to the disciples that Jesus would return just as He departed (Acts 1:9-11).

Ephesians 4 teaches us that upon His ascension, Jesus took captivity captive and gave gifts to mankind. Today, we’ll focus on the first of these gifts, which is the ministry of the Apostle. The word apostle simply means, “delegate, or messenger”. The implications of this word however are much greater. In Jesus’ day, the apostle was a Roman officer. The idea of an apostle was originally invented by the Phoenician empire and eventually used by the Romans. When the Roman army set out to conquer a new people or nation, the Caesar would send an apostle. The apostle carried with his fleet or entourage a ‘taste’ of Rome’s wealth, power, and greatness. His job was to make the new culture receive the Roman empire, to become Roman to the degree that when Caesar arrived, he’d feel at home in the new territory. The apostle did this by endeavoring to set in place Rome’s legal system, education system, language, government, financial systems, entertainment, and culture.

Jesus utilized the understanding of this Roman occupation and called forth the twelve as His first apostles. By calling the disciples ‘His’ apostles, the purpose of their ministry would be evident to anyone in the culture of the day.

The most important aspect of apostolic ministry is seen in who sends the apostle. The twelve apostles are often referred to as “The Apostles of the Lamb”, and their apostolic mission was to be Christ’s witnesses ‘to Jerusalem, Judea, Samaria, and to the ends of the earth’ (Acts 1:8). They partnered with Jesus to establish His Church among the believing Jews, and eventually to the Gentiles. The apostle Paul, however, was sent by Jesus to preach the unsearchable riches of Christ to the Gentiles (Ephesians 3:8-12). He delivered the same gospel and was sent by the same Christ, yet Paul’s specific commission was different from the original twelve. This gives us understanding that the individual goal and assignment of apostolic ministry can vary, so long as the apostle has in fact been commissioned personally by Jesus and is faithfully declaring His gospel.

Similar to the goal of the Roman apostles, the apostles sent by Jesus established the culture, government, and values of the Church in all who would receive Christ. The great purpose of this endeavor is that Jesus would find Himself ‘at home’ in the hearts and minds of His people, and eventually, at home among them when He returns to the earth.

Ultimately, the most basic goal of the apostolic ministry is to equip the saints to live out the value system of God’s Kingdom. More than any other spiritual gift, office, or calling, the ministry of the apostle encompasses the whole foundation of church life, values, and ministry. The apostle lays the framework for building up the Church in the knowledge of God and into the fullness of Jesus Christ.

The practical reality of apostolic ministry is rooted in preparing the Church to be the bride of Christ. The bridal identity of the Church will always be present in the ministry of the apostle. The mature apostle will always emphasize bridal purity and simplicity of devotion to Christ (2 Corinthians 11:1-2). Their intent is to make every idea and value system in the Church align with the heart of God, because we are called to be His reward and His glorious inheritance (Ephesians 1:17-18). The emphasis on purity resides in pursuing none other than Christ. We are to be a people without idol, chaste in the pursuit of Him. The emphasis on simplicity resides in the lifestyle of God’s kingdom, that all our gifts, resources, and wealth are used to glorify the name of Jesus. When purity and simplicity of devotion are foremost, our love will abound and we live out the blessing of being partners with Christ (Philippians 1:8-11).

I believe that the apostolic ministry is still active today, though we do not see many apostles. I have found no verse or context in the New Testament that alludes to any gift or ministry of the Church ceasing before Jesus’ return. We can therefore believe with assurance that every ministry of the Church is necessary (Ephesians 4:11-13). In fact, if Jesus gave all five ministry gifts in the same context, then it should be assumed that the apostle, prophet, evangelist, pastor, and teacher shall all be finished (or cease) in the same context. Jesus gave all five of these ministry gifts to the Church, and commissioned them to accomplish a common goal. Should it not be assumed that the Church needs all five of these ministry gifts to work in unity until Christ’s goal for these ministries is completed?

Not only do I believe that the apostolic ministry is still active today, but I also believe that the Holy Spirit is restoring it in our generation. I have written elsewhere on this subject. Though we do not see many apostles at the present, I believe this is changing. The principle behind each of the five-fold ministry gifts is that they are primarily equipping in nature. The purpose of these ministries is to prepare every believer in the Church to be ministers of the gospel. In reality, every believer is sent by Jesus, and to some extent all believers are thus called to be apostolic. The most basic aspect of the apostolic calling is to effectively and faithfully pursue the Great Commandment and the Great Commission (Matthew 22:36-38; Matthew 28:18-20). This basic, and yet imperative facet of the apostolic is a calling upon every believer, and it is the goal of the apostle to equip the Church in these things. In this context, we see that not all believers are called to be apostles, but all believers are called to be released in the apostolic mandate Jesus gave to the Church.

Finally, the apostle (and every five-fold ministry gift), is a calling and a mandate given by Jesus. No individual can earn the right to become an apostle. Only Jesus can choose who is, or is not, an apostle. This paradigm for ministry should extend to each of the five-fold gifts. In most cases, I believe that the Holy Spirit makes it very clear whether or not we are called, because we cannot effectively partner in the works of God when we step outside the will of God. If you have a desire to become an apostle, or any of the five-fold, this pursuit should begin in prayer. Allow the Lord to meet you personally and set you apart for His purposes. This does not mean you do nothing in the mean time, but it does mean that our primary ministry is a ministry of waiting and serving until we are called and commissioned. This is God’s model because faith is a ministry of waiting, and serving is the ministry of Christ. The Lord will only commission those who understand this, because the waiting unto faith, and the serving as unto Christ never cease.

In my next article, I will focus on the ministry of the prophet.

May the grace of the Lord Jesus Christ shine upon you hearts,

Hungering for justice, revival and the revelation of Jesus Christ View all posts by Prophetsong