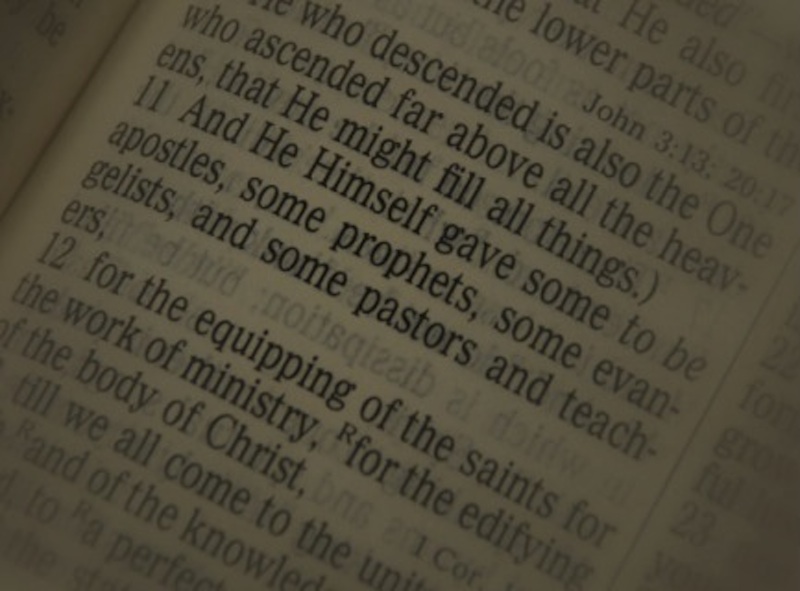 Today I’m going to look at different types of prophecy.

Throughout the Bible there are a myriad of prophetic words, prophets, and spiritual encounters. Very few are similar. The prophetic was given by God to very real, very flawed people, and yet God spoke to them and through them to others. Often, the only similarity between prophets and prophetic words was that they were prophetic by nature. Otherwise, the different expressions of prophecy are as many as the sands on a shore.

My goal today is to over-simplify. Prophecy can seem daunting when we first explore it, but it doesn’t have to be if we keep the Bible as our anchor. Take my effort at oversimplification as a spring board to study and go deeper on your own.

For today’s purposes, I will divide all prophecy into three categories. These are: Inspirational Prophecy, Directional Prophecy, and Revelatory Prophecy. These are not biblical terms, but descriptors I use. You’re welcome to take em or leave em.

The great truth about this type of prophecy is that “all can do it”. It is an incredibly powerful gift for encouragement and motivation. Inspirational prophecy rarely tells you what to do, but it does communicate God’s favor, power, and love in a personal way that is directly from the heart of Christ.

You may receive inspirational prophecy for another person through an impression, a Bible verse, an encouragement, or anything that will communicate the truth of what God thinks/feels toward someone. Essentially, we’re asking God a very simple question: “What is Jesus’ perspective for (that person)?”

In 2001, a young woman felt led to share James 4:7 with me. She was inspired in the moment and didn’t know it would have the impact it has had on my life. After 17 years this is still my life verse. The call to humility I receive from this verse has impacted my life over and over again.

Throughout my walk with Jesus, one of the most prophesied words over me is, “I see you standing in a cave/cliff/cleft of a hill/mountain/rock, and the Father is with you.” It never ceases to amaze me when people see this over my life. This was a small part of the first vision I ever received from the Lord and every time someone reminds me, I feel the Father affirming His love all over again.

Directional Prophecy is foretelling in nature. It guides us to make decisions about the future. I will say this is probably the most sought after type of prophetic word. However, it puts a high level of responsibility on both the hearer and the receiver of the word and I can’t emphasize enough that this shouldn’t be taken lightly.

Examples of directional prophecy are: “Move to (X) city.” “Marry (X) person.” “Buy (X) item.” These are the ‘go left, now turn right’ type of prophetic words that can be very challenging to interpret and obey. I treat directional prophecy with much caution, sobriety, and prayer because I want to make sure I am being led in a direction that God is actually leading.

When I teach on prophecy, I teach people to rarely say, “The Lord said/Thus says the Lord” when giving directional prophecy. If you believe that God is giving you a directional word for someone, first commit it to prayer and fasting before sharing it. Directional prophecy should be given in the presence of trusted leaders or individuals who are able to provide wisdom and grace to the situation. Directional prophecy can be a wonderful tool to lead the church, but it can be equally destructive if handled poorly.

One personal example of directional prophecy:

In 2007, the Lord told me to leave Wisconsin, where I had lived for 24 years. He told me the specific day I was to leave and what to do in preparation for leaving. What He didn’t tell me though was where I was supposed to go. After receiving this word, I had a few months to pray, talk to friends and mentors, and begin seeking wisdom on where to go if God doesn’t tell me any other details. This process helped me hear God’s voice better, and now over ten years later the people who helped me through that season of life are still among my deepest and most encouraging relationships. The most important part of obeying God wasn’t the “what” I would do, but rather it was the character, trust, and relationship produced throughout the process.

Revelatory Prophecy enters the realm of angelic visitation, open visions (being taken up in the Spirit), and hearing the audible voice of God. With revelatory prophecy, there is an understanding or ‘revelation’ associated with the prophecy that is difficult to know or interpret without divine intervention.

Revelatory prophecy often comes with a message for the Church(es). The easiest New Teatament examples to consider are the messages to the seven Churches in the book of Revelation (Rev 2-3). Revelatory prophecy can be both inspirational and directional, but often it is the ‘revelation’, or message associated with the prophesy that is most important.

Revelatory prophecy can be described as a “Prophetic Message”.

If you receive what you believe to be a revelatory prophecy, my encouragement to you comes from Habakkuk 2, which says “Write down the revelation and make it plain on tablets… for revelation awaits an appointed time.”

We rarely ever receive revelatory prophecy for the ‘now’ word. Typically, we receive it for the long road ahead.

Revelatory prophecy has biblically and historically been used to establish church movements, appoint heads of state, or bring correction to churches, cities, and nations. This type of prophecy is very much a double edged sword. It can galvanize entire movements to follow after Christ in historic revival. It can also lead multitudes away from Christ if handled improperly or deceitfully.

Revelatory prophecy is utilized best when tested by mature believers, that it might be subject to sound doctrine and judgment.

Prophetic correction and warning often falls in this category. I am not opposed these because it is an evident ministry represented in both the Old and New Testaments. Jesus brought prophetic warning and correction throughout the Gospels, so did Agabus in Acts 11 and 21, and a good portion of the Book of Revelation falls into this category as well.

I embrace this type of prophecy, but I do so with sobriety and prayer.

One personal example of revelatory prophecy:

On December 31, 2006, a group of people prayed over me during a conference and I received a vision (not exactly sure what it was). I won’t go into much detail here, as the details are considerably personal. The main event in my vision was that I was taken out of body in the Spirit to a throne room in heaven where I saw the image of Jesus’ throne. In this vision, I discovered that Jesus was preparing for His return. The message was that I need to prepare myself and others for His coming, and this this preparation would only be possible to affect if I become consumed with Jesus’ zealous love for His Church.

Over years of study and ministry I have come to realize a clear interpretation of this prophetic word. I still have a long way to go to walk out the calling, but over years I have become more and more consumed with God’s love for His church. I desire to see her walk out righteousness in Christ and experience the preparation that comes with the Gospel of peace.

In closing, Jesus is coming for a pure and spotless bride. One that seeks first His kingdom and righteousness while being wholly devoted to loving Him. Prophecy isn’t just helpful, but it is essential to the Church walking out its full destiny in Christ.

I hope this explanation was helpful. This will be the longest entry in my series. Check out the last entry, titled prophets, and also Prophets.

Hungering for justice, revival and the revelation of Jesus Christ View all posts by Prophetsong